This composition was inspired by the short story of the same name by Vladimir Nabokov, first published in 1937. I won’t outline the plot here, except to say that it features a brief haven of tremendous happiness in the midst of a tale otherwise consisting of interminable woe. It is the memory of the shining beacon of contentment — and the yearning to regain that contentment — which I attempt to capture in my short composition.

I wanted the flute, in particular, to symbolise the element of fantasy, the almost otherworldly happiness of the story’s apotheosis, fighting heroically yet vainly against the barbarity and banality of real life. The flute tries forever to return to its initial opening two-bar theme, but never quite manages it, just as Nabokov’s protagonist, Vasili, will never again experience the fleeting happiness of the cloud, castle and lake he glimpsed earlier in the story.

My composition ends with the flute reiterating a short, simple ascending pattern, the top note grasping for an ever-higher resting place, but ultimately failing to attain any kind of true climax, instead fading away into a sad obscurity.

You can listen to Cloud, Castle, Lake here: 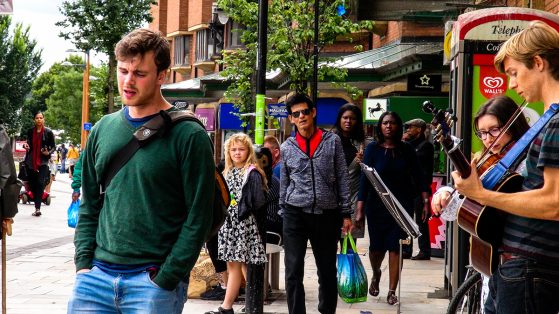 Join me on Patreon